Politicians are the people who everyone hate. To some extent, they deserve this hatred too, honestly speaking. They often come across as selfish, corrupt, greedy, etc. but like all fingers are not alike, same theory goes for them too. I personally have always disliked and hated Pakistani politicians, but today of all days, I am forced to say I love this one particular politician. So much so that he is one of my inspiration, my hero, my role model.

He is JI Karachi Leader Nasarullah Shaji Shaheed. This was one man who stood up in times of need and proved that he is a man of pure substance. That day he could have waited for rescue officials or some other aid but he knew it would be very late if he takes this decision. So he decided to jump in a river like a super hero to save the life of a kid like a real man like a true Muslim with a staunch belief “Zindagi aur maut Allah hi k haath may hai” (Life and death are only in the hands of The Almighty)

This incident took place on 2nd June 2014, when a student of matriculation fell down while capturing photos from a dangerous end of the river. Unfortunately, the student wasn’t good at swimming.

Nasrullah Shaji being the principal of this private school considered it his prime responsibility to save the kid from drowning. I don’t think a member of provincial assembly of Pakistan or national assembly of Pakistan or any our ministers would even think of attempting this. Despite being a MPA, Nasrullah Shaji dived into the river and somehow managed to save this kid, but alas, he couldn’t come out alive himself and embraced martyrdom.

It doesn’t just take death-defying guts to jump into a gushing river in real life to save a someone, it’s all about faith- faith in life after death, faith in bounties of martyrdom, faith in promises Allah made to honour martyrs and an unrelenting contentment in the Will of Allah.

May Allah reward him with highest place in Paradise. In today’s corrupt times where hypocrites abound, who would have such courage to do so much for a stranger & when you are a politician, its all the more unimaginable and unexpected, especially from a Pakistani. May we all learn the valuable lesson he taught us in his last breaths- the lesson of love, faith and undying hope in yielding good for and from all humanity. 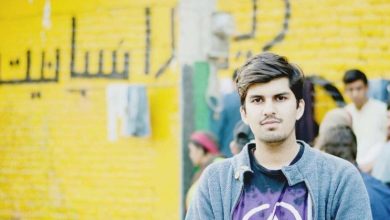